a golden ale made in North Texas

Goldee’s Barbecue customers can sip a new Goldee’s-branded beer, for free, starting on Saturday, Jan. 8, 2022 in Fort Worth.

The founder of Brutal Beerworks in North Texas brewed the golden ale specifically for the award-winning barbecue joint. Goldee’s is the best in the state, according to Texas Monthly, and thousands of meatheads have stood in line in the past few months, waiting to get a taste of this coveted ‘cue.

Goldee’s had always stocked a cooler of free beer for those standing patiently; a lot of busy barbecue joints do that to keep their customers happy and occupied. But now Goldee’s has its own beer. 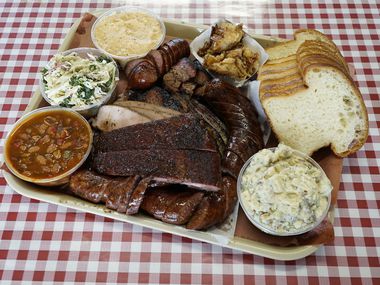 Brewer Eric Johnson describes the beer as light, with a little malt to it.

“This will really wash down the palate,” he says. He founded Brutal Beerworks in 2018 in North Richland Hills and collaborated with Goldee’s in 2021.

Brutal is best known for its superfruit sours, which are flavor-packed, wacky beers. Brutal’s most popular is a series of sour beers called Gusherz. The latest one is amped up with tangerine, peach and pineapple juices.

A big-personality beer like that wouldn’t work with barbecue, so Johnson says an easy-drinking golden ale is a better match. 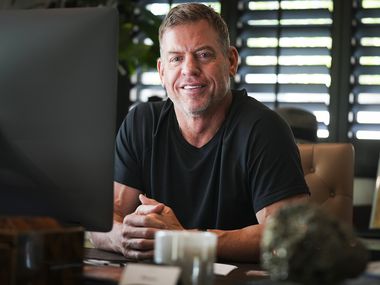 It’ll be available in just two places: from Brutal’s taproom and at Goldee’s. At Brutal, the beer goes by the name Sold Out — likely in reference to Goldee’s regular barbecue sellouts. At Goldee’s, it’s called Itachi, named for a character in the Naruto anime series.

(Confused? Just ask for “the Goldee’s beer” at either place and someone will probably know what you mean.)

It’ll be at Goldee’s on Saturdays only, says Lane Milne, one of six co-founders.

“Our mentalities mesh,” Johnson says. “We’re a younger group of individuals, and we’re trying to do some crazy beers. And Goldee’s is young guys in the barbecue business, killing it.”

If you’re headed to Goldee’s, it’s open Friday, Saturday and Sunday only. Doors open at 11 a.m. and many customers get in line several hours before that. While the restaurant often has some food left around 3 p.m., the most popular items like brisket tend to sell out early.

Barbecue and beer fans, these stories are for you:

"It's been the largest surge ever." Texas omicron spike strains medical staffing and resources