The University of Texas at Arlington’s next leader is poised to be a homegrown talent who grew up in the city and spent the last few years helping another local university grow.

The UT System regents named Jennifer Evans-Cowley, provost at the University of North Texas, as sole finalist for UT-Arlington’s next president Friday afternoon. Cowley grew up in Arlington and at UNT, she was credited for efforts to better engage that school’s research mission and helping to establish its Frisco campus.

“Dr. Cowley is an accomplished leader in academia, research and industry partnerships, and her experiences align well with UT Arlington’s mission and growth aspirations,” Regents Chairman Kevin P. Eltife said in a statement. “Throughout her career, she has remained focused on student success, faculty collaborations, and external partnerships—all essential elements needed to advance a top public research university.”

“I am honored to have the opportunity to return my hometown to play a leadership role in shaping the future at UT-Arlington, and I enthusiastically accept this opportunity and responsibility,” Cowley said in a statement.

Earlier this week, Teik C. Lim, who served as the university’s interim president during the past two years, was appointed Wednesday as the next leader of the New Jersey Institute of Technology.

Cowley will take over the campus as schools nationwide grapple with the ongoing effects of the pandemic and as UT-Arlington seeks to expand student access, broaden its research and promote collaboration among members of its community.

The campus serves more than 48,000, including a large international student population, making it the second largest UT System institution. Last year the campus earned the coveted Texas Tier One designation — unlocking millions in research dollars for the school — after working on expanding its research for more than a decade. 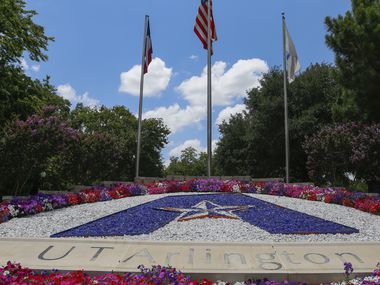 Former President Vistasp Karbhari stepped down in March 2020 after an investigation found improper financial relationships between a school administrator and a private vendor that helped the campus provide an online nursing program.

System officials couldn’t immediately search for a new president due to COVID-19 disruptions.

The committee tasked with searching for the next leader interviewed candidates in November before making recommendations to the UT System regents.

Before voting to on Cowley, the board conducted interviews for the position during a special called meeting on Friday. The board must wait three weeks in observance of state law before officially selecting the president.

The DMN Education Lab deepens the coverage and conversation about urgent education issues critical to the future of North Texas.

Where to get tested for COVID-19 in East Texas

Where to get tested for COVID-19 in East Texas